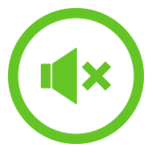 Design Challenge: Innovative Technology Electronics is an award-winning consumer electronic company, in fact they were the No.1 maker of turn tables in 2016 and their notoriety has speed-balled since then. They specialize in state-of-the-art vinyl record players and juke boxes. They have contracted with Team One for their CES exhibit needs in both 2018 and 2019. For 2019, they tasked Team One with expanding their trade show marketing from its 2018 50×50 space to a bigger 70×90 space. Additionally, the exhibit needed to maintain Victrola’s modern, neo-classical brand image, while providing booth staff with the space and resources to showcase and sell their record players.

Design solution: Team One came up with a scaled-up exhibit of their design previously used at CES 2018, however, it had to incorporate nearly twice as much space to feature their new product lines. The new exhibit space had to accommodate enough power drops and outlets to demo nearly two times the number of products as last year. Our solution; value engineering. We eliminated the need for electrical labor time and created custom wall panels with integrated electrical outlets. Everything was plug and play, no sitting around waiting for an electrician because the electric came pre wired and built into out booth components. This made the install a seamless success and allowed for Victrola to display every product available.  Victrola had a great show and was featured in many news sources. It was remarkable seeing a booth that we designed and fabricated on USA Today’s website.